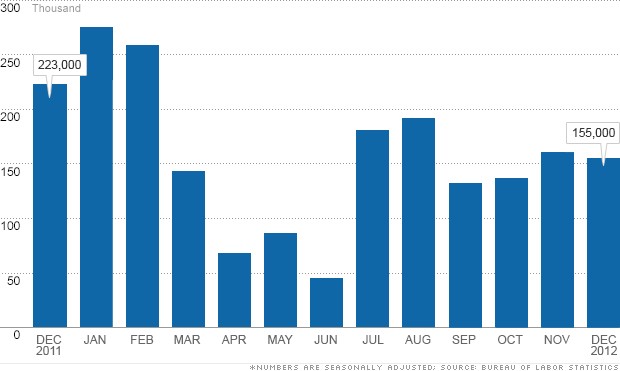 • December jobs report: Hiring and unemployment steady: "The job market ended 2012 with more growth, as moderate hiring continued at the end of the year. The economy added 155,000 jobs in December, bringing the total number of jobs added in 2012 to 1.84 million, the Labor Department said Friday. The unemployment rate held steady at 7.8%."

• Congress to vote on Sandy aid: "The House is poised to vote Friday on a $9.7 billion Superstorm Sandy aid package after delays over fiscal cliff bickering and a warning from federal officials that funds are running out."