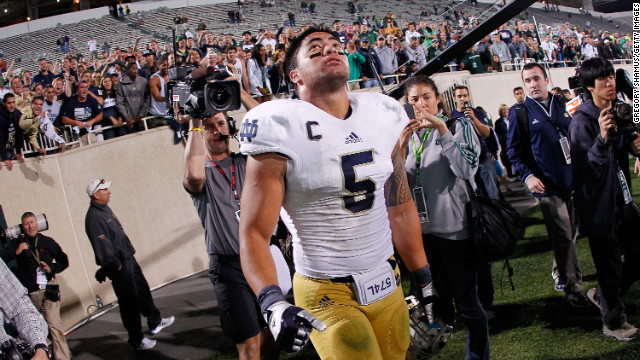 For January 17, 2013 – Manti Te'o: A linebacker, a made-up girlfriend and a national hoax, Algeria confirms 'ongoing operation' after hostage-taking and Lance Armstrong stripped of Olympic medal...

• Manti Te'o: A linebacker, a made-up girlfriend and a national hoax: "Sports website Deadspin published a piece dismissing as a hoax the existence of Manti Te'o's girlfriend - the one who he said died around the same time as his real-life grandmother while his team marched toward the BCS National Championship Game."

• Algeria confirms 'ongoing operation' after hostage-taking: "Algerian authorities confirmed an "ongoing operation" to deal with the seizing of foreign hostages at a gas installation in Algeria, the British Foreign Office told CNN Thursday."

• Obama-backed gun bills considered a long shot in Congress: "Despite supporters' hopes that this time it's different, President Barack Obama's new call for restricting some semi-automatic rifles and high-capacity magazines will face deeply entrenched resistance in the Republican-controlled House of Representatives and could be a long shot even in the Democratic-led Senate."

• Boeing's Dreamliner fleet grounded: "Boeing's global fleet of 787 Dreamliners has been taken out of service after U.S. regulators said they were not safe to fly until a fire risk linked to the aircraft's batteries has been resolved."