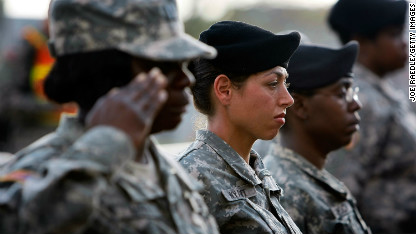 • Military to open combat jobs to women: "The U.S. military is ending its policy of excluding women from combat and will open combat jobs and direct combat units to female troops, multiple officials told CNN on Wednesday. Defense Secretary Leon Panetta will make the announcement Thursday and notify Congress of the planned change in policy, the officials said."

• North Korea makes new threats against U.S.: "North Korea said Thursday that it plans to carry out a new nuclear test and more long-range rocket launches, all of which it said are a part of a new phase of confrontation with the United States."

• Apple to drag market down: "U.S. stocks were headed for a mixed open Thursday, with a sharp sell-off in Apple dragging down tech shares."