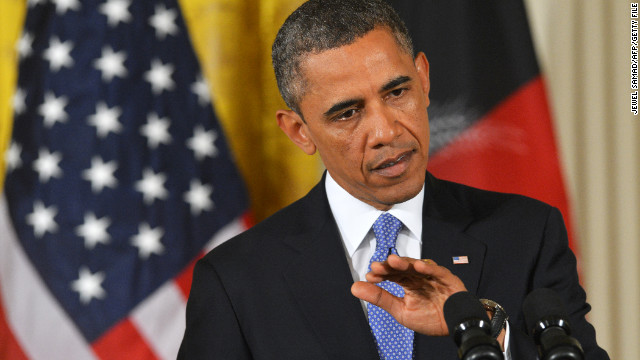 For January 29, 2013 – Obama to make his pitch for immigration overhaul, Egyptian official warns of state's collapse and Chris Brown under investigation over alleged fight...

• Obama to make his pitch for immigration overhaul: "President Barack Obama rolls into Las Vegas on Tuesday, ready to double down on immigration reform."

• Egyptian official warns of state's collapse: "The political turmoil dividing Egypt threatens the future of the nation, the defense minister said, as the instability persists in the Arab world's most populous nation."

• Dutch queen handing throne to son: "Queen Beatrix of the Netherlands will abdicate her throne to make way for her son Prince Willem-Alexander."

• Apple dragging down hedge funds: "Shares of Apple have plunged more than 35% since mid-September, when they hit an all-high of $705. And hedge funds held roughly 3.1% of Apple's outstanding shares, as of Sept. 30, according to FactSet."