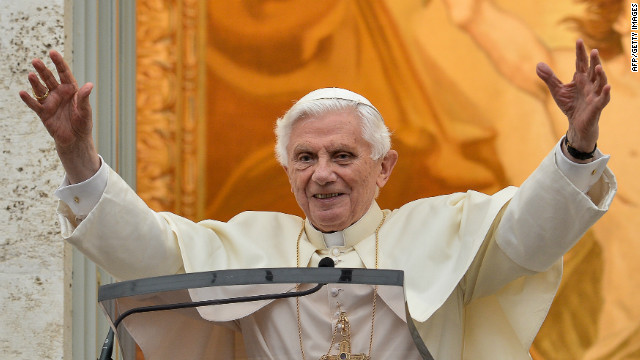 For February 11, 2013 – Pope Benedict to resign, Northeast digs out of blizzard, cold moves South and winners from the 2013 Grammys...

• Pope Benedict XVI to resign: "The spiritual leader of 1.2 billion Catholics, Pope Benedict XVI, surprised the world Monday by saying he will resign at the end of the month 'because of advanced age.'"

• Northeast digs out of blizzard, cold moves South: "A major winter storm whipped the Upper Midwest early Monday, just after a historic snowfall left much of the Northeast buried and without power."

• Search for ex-cop at center of LAPD revenge plot widens: "As the manhunt for the renegade ex-cop accused of killing three people in a revenge plot targeting the Los Angeles Police Department enters its second week, the big question facing authorities is: Where is Christopher Jordan Dorner?"

• Millions of credit reports have errors: "Millions of Americans have mistakes on their credit reports, some of which are serious enough to lower credit scores and result in worse credit offers, according to a new government study."

• Winners from the 2013 Grammys: "Thanks to their second studio album, 'Babel,' Mumford & Sons took home the Grammy for album of the year at the 55th annual Grammy Awards on Sunday, February 10, in Los Angeles. This is the band's second Grammy award."