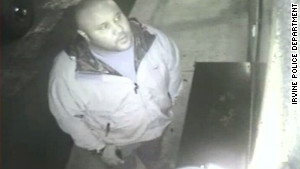 Need to Know News: Body found in burned cabin may be Christopher Dorner; Tugboats give passengers on unsanitary cruise ship hope for relief

For February 13, 2013 – Body found in burned cabin may be Christopher Dorner, tugboats give passengers on unsanitary cruise ship hope for relief and from national championship to jail for four Alabama football players...

• Body found in burned cabin may be Christopher Dorner: "It may take days before authorities can officially determine whether Christopher Jordan Dorner's body was found in the ashes of a torched cabin near Big Bear Lake, California."

• Tugboats give passengers on unsanitary cruise ship hope for relief: "Two tug boats are dragging the nearly 900-foot, 14-story Triumph at a jogger's pace to the harbor, where Carnival hopes to return 3,143 passengers and 1,086 crew members to freedom on Thursday, the cruise line said."

• The impact of a $9 minimum wage: "In his State of the Union address, President Barack Obama pressed to raise the hourly rate in stages to $9 an hour in 2015, up from the current $7.25, and index it to inflation. The change, should it become law, would boost the wages of 15 million Americans, according to the White House."