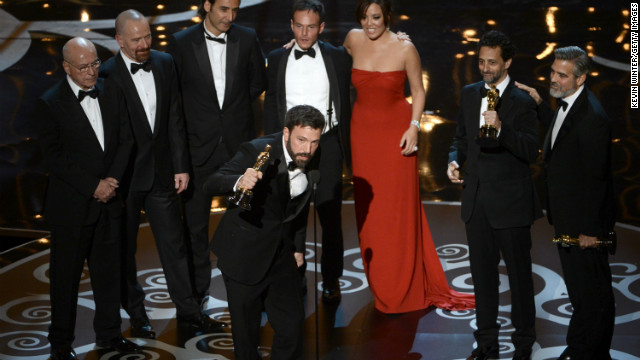 • "Argo" wins best picture: "'Argo,' which told the story of the rescue operation that saved six Americans during the Iran hostage crisis, took home three Oscars at the 85th Academy Awards, including the biggest award of the night: best picture."

• 'Crippling' winter storm bearing down on Great Plains region, forecasters say: "'DO NOT TRAVEL,' the National Weather Service in Amarillo, Texas, posted on its website, telling residents not to venture out in what it was calling 'a crippling, historic blizzard' that was dumping snow over the Texas Panhandle at a rate of 2 to 3 inches an hour."

• Michelle Obama presents the Oscar award for best picture: "When actor Jack Nicholson stepped on the Oscar stage Sunday night to announce the nominees for best picture, few expected him to toss to a co-presenter. 'Tonight, it is my great pleasure to introduce live from the White House, the first lady of the United States: Michelle Obama,' he said."
-
» Follow "Piers Morgan Tonight" on Twitter
» Follow "Piers Morgan Tonight" on Instagram

Leave a Reply to Phebe Zircher