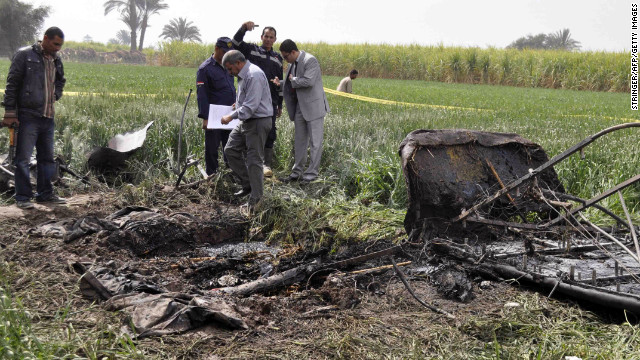 For February 26, 2013 – 18 tourists die in hot air balloon explosion in Egypt, spending cuts showdown may drag on, and "The Onion" apologizes for vulgar Quvenzhané Wallis tweet...

• 18 tourists die in hot air balloon explosion in Egypt: "The view from above southern Egypt is stunning, a contrast of beige desert valley giving way to green farmland. Tourists fill large baskets under hot air balloons to soak in the sight."

• Blizzard batters U.S. heartland, spreads snowy mess into the Midwest: "Another week, another blizzard for the snow-weary Midwest. Gobs of wet, heavy snow plopped to the ground early Tuesday in the Kansas City area along the Kansas and Missouri border in what the National Weather Service called a 'crippling, historic blizzard.'"

• Vatican reveals Pope Benedict's new title: "With only two full days left of Pope Benedict XVI's papacy, more details emerged Tuesday of what the future holds both for the retiring pontiff and the cardinals who will choose his successor."

• The Onion apologizes for vulgar Quvenzhané Wallis tweet: "With the Oscars being handed out Sunday night in Los Angeles, The Onion called the child actress a derogatory term in a tweet that has since been deleted. And on Monday, The Onion responded with an apology."