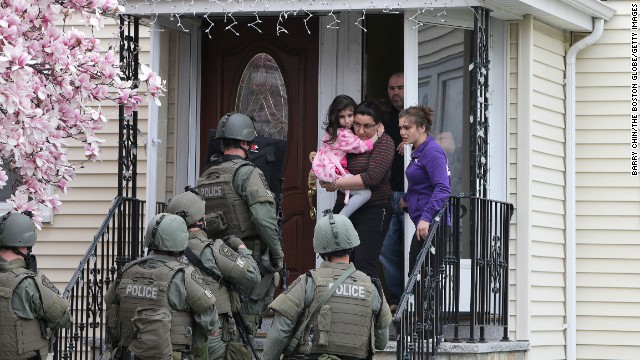 Tonight: The Boston Bombings – what, why, and who – as well as the story of the wrongfully accused

Coming up this evening at 9, "Piers Morgan Live" continues with coverage of last week's bombings in Boston, and the subsequent manhunt and capture of Dzhokhar Tsarnaev, and the death of his older brother, Tamerlan Tsarnaev.

Reporting from the ground in Massachusetts, CNN's Jake Tapper will review some of the newest evidence and details of the terror attack, including photos of last week's shootout taken from the window of a Watertown neighbor directly above the confrontation.

Additionally, as authorities are now taking a closer look at an incident in September 2011 which left the elder Tsarnaev's good friend – and two other men – murdered, tonight reporter Michael Rezendes of "The Boston Globe" will speak live with Piers Morgan, offering his insight into a possible connection.

And, looking ahead to Wednesday, this evening Morgan will introduce the story of Sunil Tripathi, a Brown University student who has since gone missing after initially being wrongly associated with the bombings. Tomorrow at nine, Tripathi's siblings – Ravi and Sangeeta – will join the program live for an exclusive face to face interview.

Tune in this evening at 9 as Morgan previews that story, while also speaking live with a host of additional guests, each tasked with sharing their perspective and context into an international story which continues to grip the nation.
--
> Follow Piers Morgan Live on Twitter
> Follow "Piers Morgan Live" on Instagram