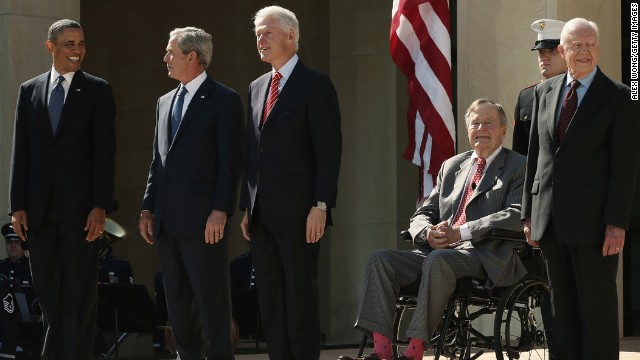 Tonight: An update on the Boston bombings and five living presidents together in Texas

Formerly the chief FBI Spokesman, Miller is currently a senior correspondent for CBS News, and may be most well known for his 1998 interview with Osama bin Laden. A nine-time Emmy Award winner, Miller will join Piers Morgan for a live, face to interview that figures to touch upon all aspects of the Boston Marathon bombings and subsequent investigation.

Meanwhile, with her son Aaron in a Boston hospital recovering from injuries sustained during the explosions, tonight Katherine Hern will speak live with the host, updating her child's health, and sharing his story publicly for the very first time.

Also, on a day which sees all five living presidents together in Texas for the dedication of the George W. Bush presidential library, Paul Wolfowitz will offer his perspective and analysis. A former United States Ambassador and the tenth President of the World Bank Group, Wolfowitz will join Morgan for a live interview from the Southern Methodist University campus in Dallas.

Tune in this evening at 9 as Morgan follows two of the most talked about stories in the current news cycle, terror in Boston and presidents in Texas.
--
> Follow Piers Morgan Live on Twitter
> Follow "Piers Morgan Live" on Instagram