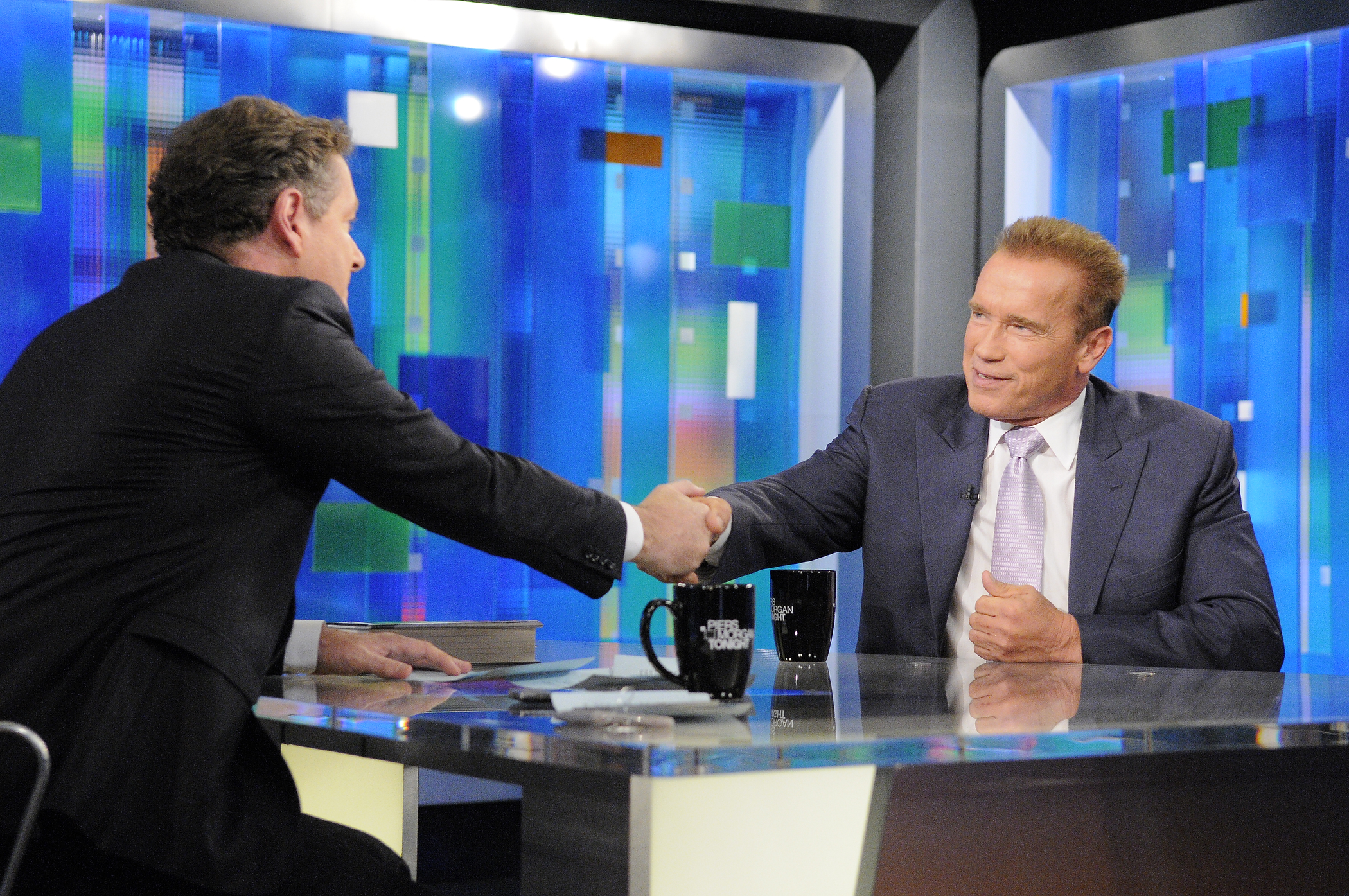 Tonight: Arnold Schwarzenegger returns, gets comfortable "In The Chair"

Coming up this evening at 9, "Piers Morgan Live" welcomes the return of Arnold Schwarzenegger for a live, face to face interview.

As part of a new segment entitled "In The Chair," the world famous bodybuilder turned actor, turned politician, will join Piers Morgan in studio for a passionate disucussion on immigration reform, as well as the Austrian-born Schwarzenegger's views of the "American Dream."

The former governor of California, and a seven-time Mr. Olympia, tonight's appearance will be the 65-year-old's second visit to the program, as during his first stint he spoke honestly about his extra-marital affair, while also offering debate advice to Barack Obama and Mitt Romney as the pair went head-to-head in advance of the 2012 presidential election.

Tune in at 9 for an episode that will see Morgan invite Schwarzenegger to have a seat "In The Chair," while also covering the latest news out of Boston with CNN's Jake Tapper, and welcoming Huff Post Live's Abby Huntsman and Marc Lamont Hill to share their insight on Tuesday's freshest and most polarizing topics.
--
> Follow "Piers Morgan Live" on Twitter
> Follow "Piers Morgan Live" on Instagram