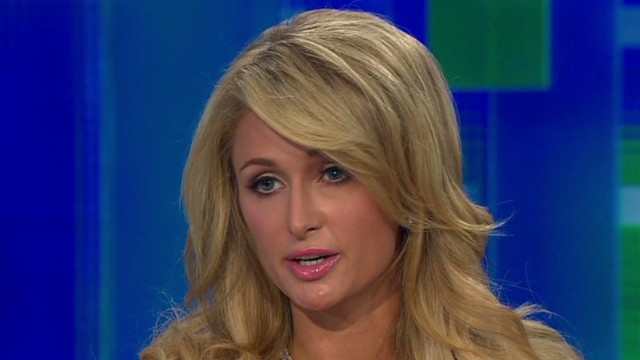 In inviting long lost love Paris Hilton to join him on his primetime CNN program, Piers Morgan couldn't help but attempt to rekindle an old flame. Having been previously married as part of an ITV documentary about Las Vegas, the "Piers Morgan Live" host knew the nuptials were a sham. But the chemistry was so real, one wonders if the actual sham was not tying the knot for real.

In penning his most recent Daily Mail entry, which he's slyly titled “I quite fancy a bit of Paris Hilton’s $1.5 billion pie,” Morgan rehashed some of his most memorable moments from his past weeks in Los Angeles, including his face to face interview with the aforementioned heiress.

Hilton had her own agenda for coming together that fateful Tuesday night, joining the program to discuss her recent and impressive business achievements. Morgan though, was seeking to collect evidence for a potential alimony suit:

“Did I sign a pre-nup?” asked Piers.
“No,” replied Paris.
“Quite fancy a bit of that $1.5 billion pie.”
After Paris left she tweeted, “Love Piers, he’s such a sweetheart.”

But over the course of recent weeks, Morgan was not alone in his struggles with love. Using his diary to revisit an interview with famous crooner Harry Connick Jr., the British television presenter revealed that the two men share a common bond, as each of their wives are rather dismissive of their respective vocal talents. When the host asked Connick Jr. if he ever sang to his wife, Jill, in the bath, the New Orleans native shared the unromantic reality:

"You want to know the truth?" he replied.
"She’ll be reading on her iPad, and I’ll be laying next to her in bed, and I’ll start singing something real kind of romantic, and she’ll take her hand and put it on my face to say: ‘No, don’t, be quiet.’"
I know just the feeling.

On Thursday, the article took a decidedly more mournful turn, as Morgan shared his deep regrets over the passing of actor James Gandolfini. Morgan recounted his encounter with the tremendous talent on a hot day in L.A., as the pair were both found waiting for their cars at the Four Seasons:

"You have a lot of fans back in England," I said, refusing to allow our conversation to be a monosyllabic grunt.
"Uh-huh. That’s nice to hear." I offered my hand, and he shook it with a bone-crunching shake so powerful and menacing I could actually feel, and hear, small bones cracking.
Then he raised his voice to the valet boy. "I. Need. My. Car."
The undercurrent of this final statement was clear.
In the words of Tony Soprano: "There’s an old Italian saying: 'You f*** up once, you lose two teeth.'"
I left them to it. James Gandolfini, like the legend he played, was not to be messed around.

For more of host’s reflections, including the latest on his continuing disdain for Madonna, read the entire article.