Piers Morgan is a lot of things. One-dimensional is not one of them.

While most primetime anchors might have taken a few days off to rest and recover following a lively week (especially those still battling the flu,) the "Piers Morgan Tonight" host was on his feet, and back on the air.

Sharing his incomparable brand of candid commentary and unique insight, Morgan was equal parts analyst and advisor on Sunday, taking to airwaves with opinions on everything from football to fundraising.

As part of Fox Soccer's Sunday coverage of Arsenal vs. Tottenham, Morgan joined Rob Stone in studio with his perspective on Arsène Wenger:

"It's not a distaste for Wenger personally. He's a very cultured, civilized, nice man, I've met him many times," said Morgan of the embattled Arsenal manager. "For eight years it was like the best marriage in the world. This wonder manager came in, we won all the trophies, competed magnificently, and we played a quality of football we hadn't seen in the Premier League ever before. But then something went horribly wrong with Wenger."

A devout, passionate, lifelong fan of the "Gunners," Morgan regularly takes to Twitter with displeasure for the direction the club has taken under the 63-year-old Frenchman who's led Arsenal to 11 trophies since 1996: END_OF_DOCUMENT_TOKEN_TO_BE_REPLACED

Piers Morgan readies for his return to "The Celebrity Apprentice"

As the first-ever winner of NBC's hit reality program "Celebrity Apprentice," Piers Morgan holds a special place in the heart of Donald Trump, the show's creator, and ultimate decision-maker.

As such, the man known by his contestants as simply "Mr. Trump" has invited his first-ever celeb. champ to serve as an "advisor" on the upcoming sixth season.

In advance of this weekend's debut, on Tuesday, Trump joined late-night host Jimmy Fallon, sharing some details about Morgan's return:

"Piers is great. Piers came back, and they went at it," said Trump, referring to Morgan's legendary feud with Omarosa, a woman voted "the most evil person in the history of reality television."

Describing it as "something that I don't think we've ever had to that extent on 'The Apprentice,'" Trump watched as Fallon rolled a clip from the upcoming first episode.

Seated across from the table in the show's famed boardroom, Morgan says of his Season One nemesis: END_OF_DOCUMENT_TOKEN_TO_BE_REPLACED 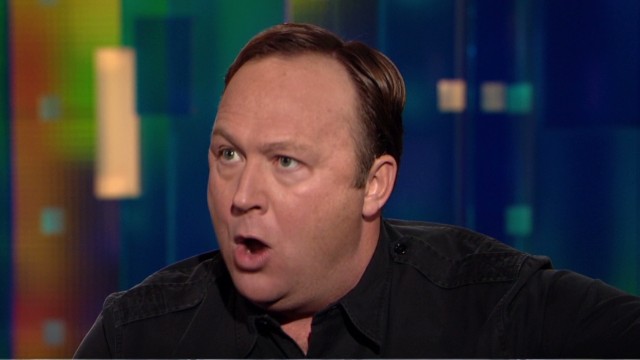 But on the heels of yesterday's fascinating sit down, how did the rest of the media world react to the interview? END_OF_DOCUMENT_TOKEN_TO_BE_REPLACED 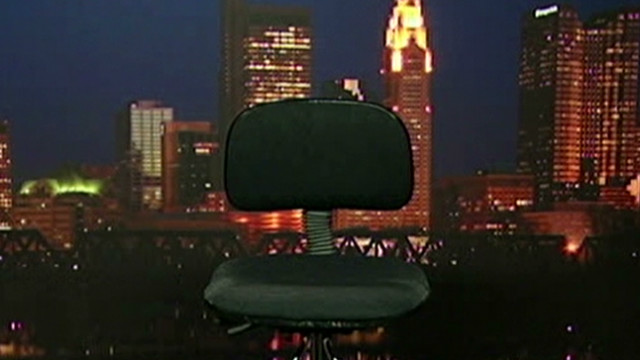 How the media covered, and reacted to, Piers Morgan's interview with Robert Blake

In a riveting, and often combative conversation, the 78-year-old cursed his way through Morgan’s questions- ranting about everything from the murder of his wife, Bonnie Lee Bakley, to his estrangement from Barbara Walters.

But on the heels of yesterday's fascinating sit down, how did the rest of the media world react to the exclusive?

» The Hollywood Reporter noted the interview "turned volatile" as Blake lashed out.

» Mediaite tuned in to the "choice words" Blake used when describing those ‘rotten, bastard cops’ who arrested him.

» The Telegraph highlighted Blake's use of the term "con artist" when describing his dead wife.

How the media covered, and reacted to, Piers Morgan's interview with Rielle Hunter

In a riveting, and extraordinarily candid conversation, the 48-year-old revealed intimate details of her extramarital affair with former presidential candidate John Edwards.

But on the heels of yesterday's fascinating sit down, how did the rest of the media world react to the cable exclusive?

» Mediaite seemingly touched on every topic that Morgan covered in the interview, including Elizabeth Edwards, and specific details on the sex.

» The Daily Mail noted that Hunter claimed Edward's was not in his right mind after the affair was exposed.

» The Washington Post picked up on Hunter's request to not talk about Edwards.

How the media covered, and reacted to, Piers Morgan's interview with Casey Anthony

On Tuesday, Casey Anthony gave her first post-jail interview, speaking on the phone to Piers Morgan, reacting to public perception while sharing intimate thoughts on her image, and her life.

But on the heels of yesterday's fascinating phone call, how did the rest of the media world react to the conversation, and the subsequent interview with Mason:

» People magazine's online story is their most read story today

» The Hollywood Reporter described Anthony as "the tabloid trial fixture"

» Entertainment Weekly wrote it up

» The Daily Mail writes Anthony "insists she is NOT 500lbs"

Following the dramatic recall vote in Wisconsin, on Wednesday "Piers Morgan Tonight" welcome a host of expert analysts and political news makers to help break down it's impact.

"We came up short, but at the same - of the ultimate goal, which was to make sure that Governor Walker couldn't adopt his extremist policies and continue to hurt middle class and working families," allowed Wasserman Schultz. "But apparently succeeded in slipping the State Senate. The State Senate is likely to be controlled by the Democrats."

As part of an interview in which Morgan "challenges DNC boss," according to "Politico," the host pressed on:

"You keep calling him this extremist who everyone apparently is terrified of but the reality is he won. He won pretty convincingly."

Furthering coverage of the battle from the Badger State, Morgan also invited BuzzFeed's Michael Hastings and Ben Smith; to add their insight. END_OF_DOCUMENT_TOKEN_TO_BE_REPLACED 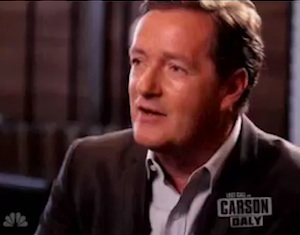 On Thursday, the tables were turned, and the script flipped, as Piers Morgan took a turn answering questions, instead of asking them.

Appearing as a guest on NBC's "Last Call with Carson Daly," the interviewer, became the interviewee, dealing with such topics as replacing Larry King on CNN, the most powerful sound in television, Touré, and taking baths.

Watch the clip, and hear the host of "Piers Morgan Tonight" reveal his favorite interview from the last few months.

If you hadn't heard just yet, "Piers Morgan Tonight" premieres tonight on CNN at 9pmET/PT. And there's...some press out there about it.

Mr. Morgan is an unstoppable self-promoter, the likes of which CNN has not seen before. On his office bulletin board hangs a headline from The New York Post: “Piers makes enemy of Madonna.” Before dozens of television critics this month, he said CNN needs to make noise in a cable news “jungle,” and added of his own show, “I want you guys to be writing about the show regularly, good, bad and ugly.”