As part of a special edition of "Piers Morgan Live" entitled "Gone to Pot: America's Marijuana Obsession," tonight Piers Morgan welcomes Cheryl Shuman, January Thomas, Amie Machado and Glenda Gurrlen, collectively called the "Pot Moms," to talk about their experience with cannabis and why they choose the drug over many others.

“Marijuana is the slang name and cannabis is actually the true scientific name... It deserves some respect,” declares Shumam, known as the "Martha Stewart of Marijuana." “The bottom line is cannabis is here to stay, the toothpaste is out of the tube,” says Shuman, the creator of the Beverly Hills Cannabis Club.

Shuman and Machado both turned to marijuana for health concerns, but their introduction to the drug inspired them to build successful businesses within the industry. END_OF_DOCUMENT_TOKEN_TO_BE_REPLACED

Tonight at 9: "Gone to Pot" – Making cases for and against the legalization of marijuana

Coming up this evening at 9, "Piers Morgan Live" revisits the ongoing discussion about marijuana laws. Twenty states have legalized marijuana, with two doing so for recreational purposes. Even Dr. Sanjay Gupta has changed his stance on the drug, the reasons for which he shares in his CNN special documentary "Weed." However, for every person pushing for the legalization of marijuana, there is another condemning it.

As part of an hour-long special on the United States' changing perceptions of cannabis, this evening Piers Morgan invites Neil Franklin and David Evans to present their individual insights and perspectives.

“It's a nightmare for law enforcement," he says as part of his interview on “Gone to Pot: America’s Marijuana Obsession.” "We have thousands of murders across this country every single year. We talk about the numbers of murders that we have in Mexico, but nobody is talking about the murders we have in this country."

Rather than perpetuate a violent cycle, Franklin suggests America legalize a drug that is currently classified as a schedule 1 substance, placing it in the same class as drugs like heroin and LSD. END_OF_DOCUMENT_TOKEN_TO_BE_REPLACED 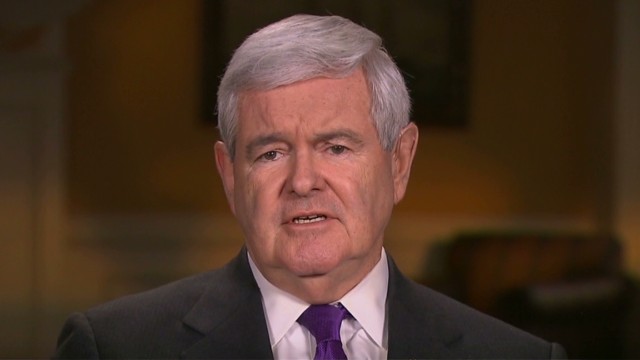 END_OF_DOCUMENT_TOKEN_TO_BE_REPLACED

Tonight: An intentional visit with Brad Paisley, Star Jones on Huma and Hillary, and igniting "The Grill" with armed Arkansas teachers

Paisley is currently on tour with his new album “Wheelhouse,” a record which features his notorious duet with LL Cool J entitled “Accidental Racist.”

The controversial song received national attention, which in part was Paisley’s intention. As opinionated as he is talented, Paisley and Morgan will discuss much more than country music on the program, including gun control, Barack Obama, and the recent "Rolling Stone" cover featuring accused Boston bomber Dzhokhar Tsarnaev.

Meanwhile, Paisley will not be the only star on the program tonight. Former prosecutor and television personality Star Jones will be back in studio to discuss the scandal that is currently capturing America’s attention: Weinergate. Anthony Weiner, also known as Carlos Danger, says this most recent scandal is personal not political, but do the Clinton’s see it that way?

Matthew Perry: "The fact that I never tried heroin is the only reason I'm able to sit here"

Coming up Friday at 9, comedic actor Matthew Perry will put his serious side on display, as he takes over as "Piers Morgan Live" guest host, opening up about struggles with alcohol and drugs.

As a recovering addict, Perry understands how hard the journey to sobriety can be, especially while under the scrutiny of the public eye. But Cory Monteith’s passing serves as a reminder that not all are fortunate enough to overcome addiction.

Welcoming Dr. David Sack, Perry looks to shed light on how this recent tragedy could have been avoided, while also inquiring as to what can be done to prevent others from succumbing to a similar fate:

"The fact that I never tried heroin, is the only reason I'm able to sit here. I'm positive. If I had tried that, I would not be around," Perry reveals to the CEO of Promises Treatment Center. “When I was in high school, there was pot in our lockers and now there’s heroin.”

While Sack suggests that the heroin itself isn't the biggest concern, he is worried about drugs within a similar class: END_OF_DOCUMENT_TOKEN_TO_BE_REPLACED

Lisa Kudrow on "Friends": "If it were up to us...I would keep going"

Coming up Friday at 9, Matthew Perry takes over the "Piers Morgan Live" studio, filling in for the regular British television presenter and making his Guest Host debut.

In a nostalgic twist, Perry is not without his famous friends, as Lisa Kudrow visits in a nod to their iconic NBC program.

While "Friends" had a spectacular 10 year run, the finale left the viewers with one very pressing question: why did it have to end?

As it turns out, at least two of the stars have been asking themselves the very same question: END_OF_DOCUMENT_TOKEN_TO_BE_REPLACED

"Piers Morgan Live, Rewind": Anthony Bourdain and his chef pals talk tipping, and the two "David's" on the NSA

END_OF_DOCUMENT_TOKEN_TO_BE_REPLACED

"Piers Morgan Live, Rewind": What's in a Royal Baby name, and the women men like Anthony Weiner leave in their wake